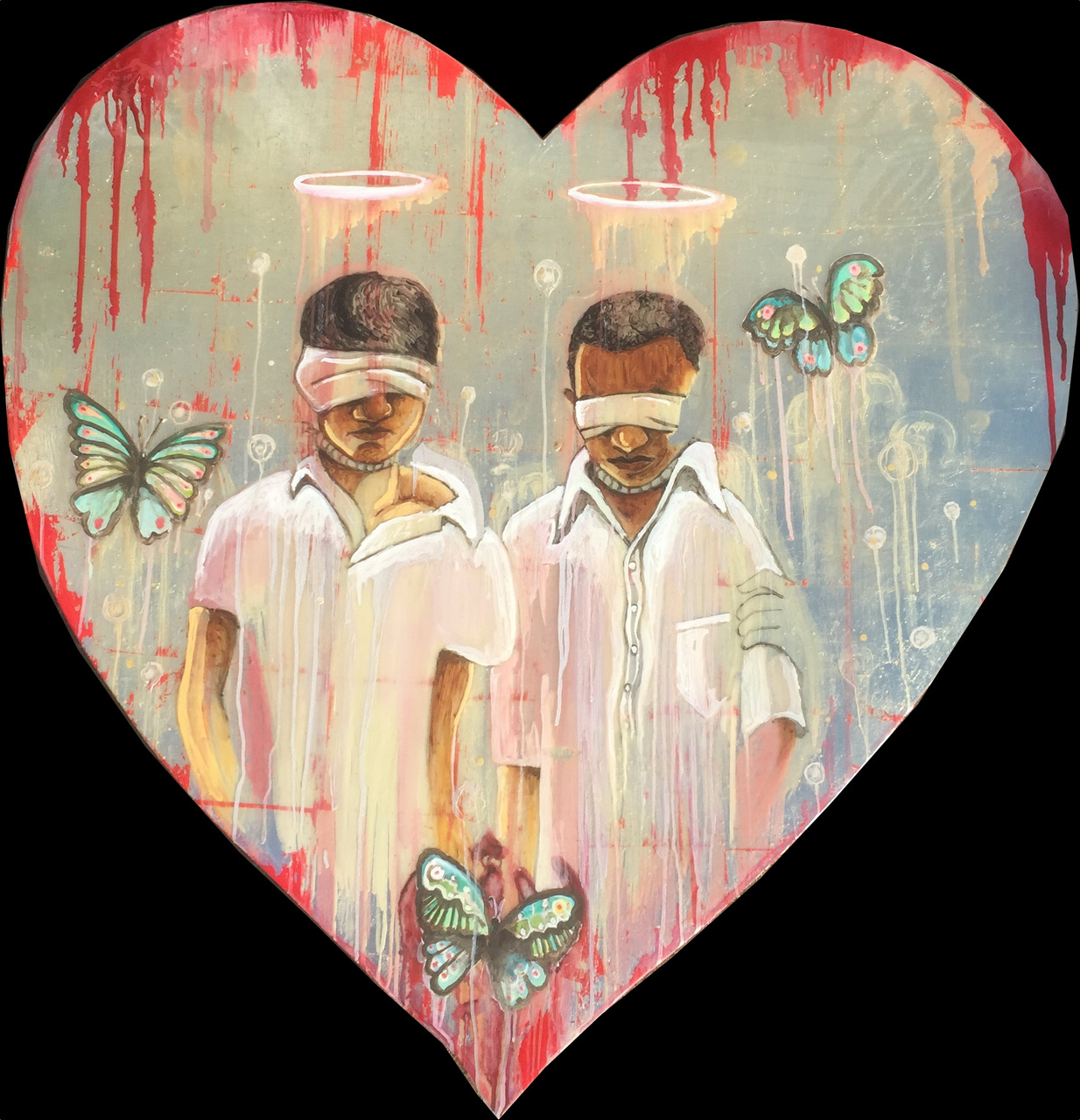 .
I came of age in the 1980’s, right in the middle of the AIDS epidemic, and at a time when queer visibility was being shouted about by an activist community forced to fight for their lives. Being out was a political act to let everyone see that gay people are everywhere and can be anyone. When I was a teenager and in my 20’s being gay obligated you to raise your voice and most importantly: let everyone see your face! “Look at me, the 20 year old college student, I’m here! I’m queer! GET USED TO IT!”
So this project made me step back a bit and think about the people who still have to wear a mask to protect themselves and so I began to think about why people cover their faces.
A: Executioners and their victims cover their faces/have their faces covered to hide the person, to make the killing less personal.
B: People cover their face to appear pious, or in mourning,
C: People cover their face to be in a mask and become some other persona, to unleash their inhibitions… which is also the case in
D: People cover their faces to anonymize themselves for erotic mystery and sexual play.
These pieces I’m submitting kind of cover the Gambit:
“Ayaz and Mahmoud”, 2008, depicts Ayaz Marhoni and Mahmoud Asgari as they are being prepared for their public hanging in 2001 in Mashaud Iran for the crime of being gay,

“Dandy Veil”, 2016, A Dandy in a veil that is a little prim, but also a little mysterious,

“I lose myself to find myself”, 2016, Who is this man in the shadows? He could be a little dangerous… and a lot of fun, and finally

“Mariposa in Masquerade”, 2016, Let’s get this party started!

Stiofan O'Ceallaigh is a multi-media artist and curator born in Ireland, currently working between the USA and Europe. O'Ceallaigh is also founder of Balaclava.Q - An international Queer Arts Project & Collective (Established 2016) . Working internationally, exhibiting mainly across Europe and N/S. America O'Ceallaigh's focus is an exploration of the understanding of a queer aesthetic, if indeed, there is one. A personal journey, and an acknowledgement to the status flux, O'Ceallaighs work seeks to emancipate those who know it, simply by promoting discourse around areas such as HIV, queer art censorship, body politic and internalised shame/stigma>pride, and fundamentally an effort to reduce hate... in all its forms. View all posts by Stiofan O'Ceallaigh

One thought on “ARTIST: MATT PIPES”